I have tested Asics Dynaflyte 4 - an excellent running shoe for those fast training runs and long races such as half marathons and marathons. Read my review here! 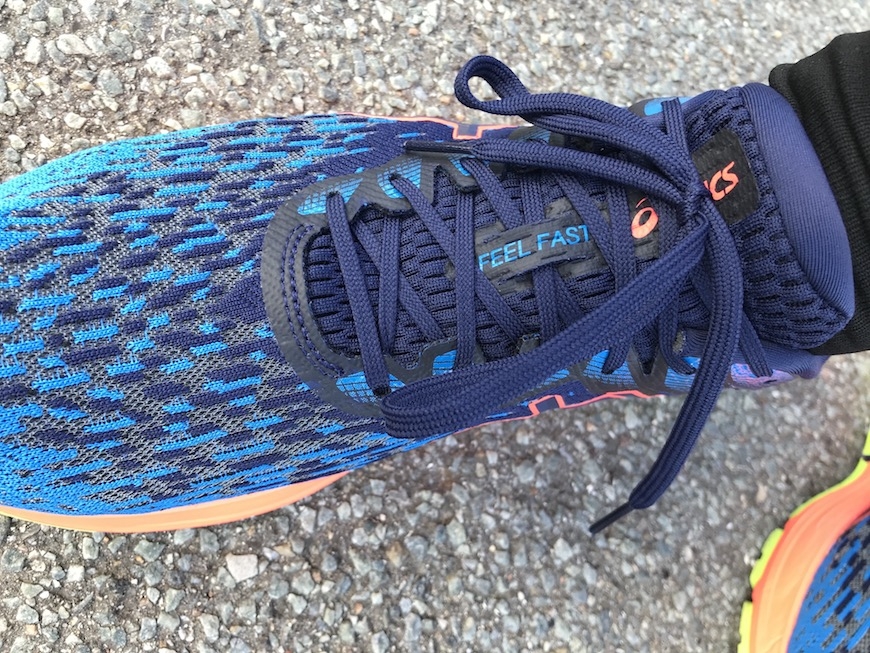 It says “Feel Fast” on the shoe multiple places. But the shoe does not just FEEL fast – it IS fast!

Asics Dynaflyte 4 would be the obvious “shoe number 2” for the one who already does his or her training runs in a soft and shock-absorbing running shoe like the Asics GEL-Nimbus, but who also wants a lighter and faster shoe for intervals, speed runs, and competitions. Even though the Nimbus and Dynaflyte are quite different, both shoes have that great fit and comfort that Asics is famous for. So if you are transitioning from an Asics GEL-Nimbus, you will quickly feel at home in the Asics Dynaflyte 4. 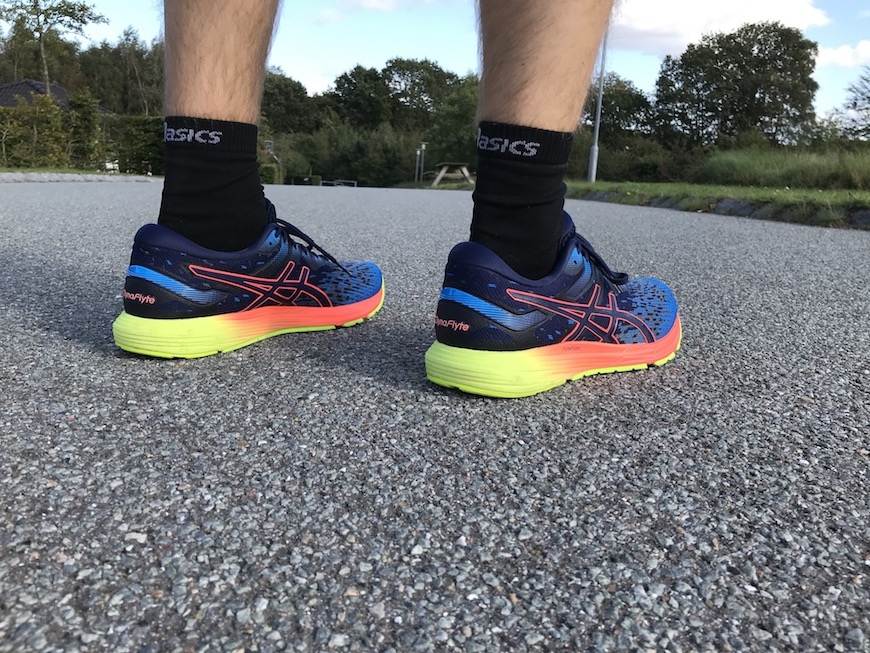 The key element to the Asics Dynaflyte 4 is the nice midsole, which consists of Flytefoam Lyte in combination with soft GEL cushioning under the heel. I would describe the feeling under my foot as medium soft and incredibly smooth. Every time my foot hits the ground, the step feels light, gliding, natural, and effortless. It just feels very comfortable. 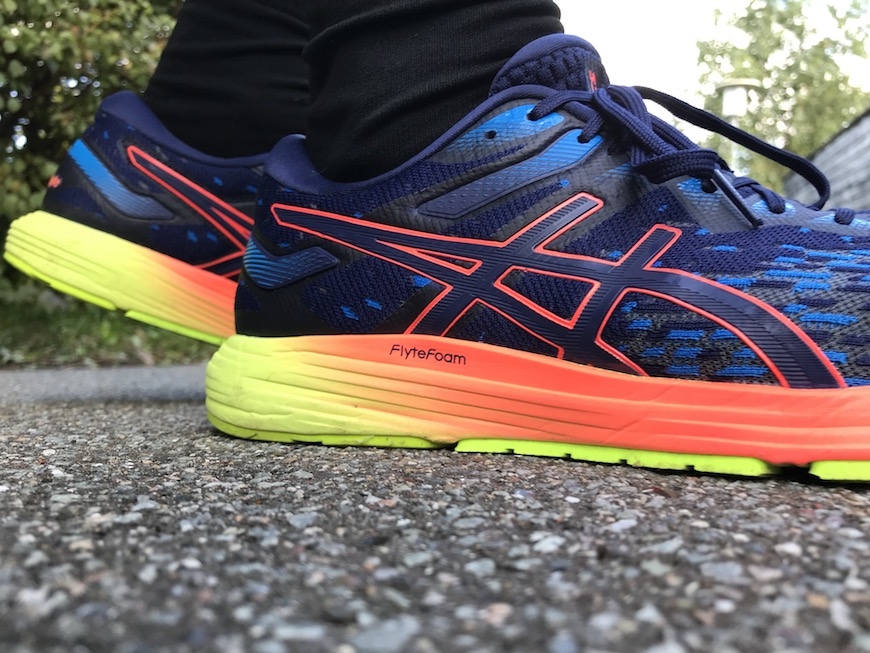 Soft GEL cushioning is to be found in the middle of the midsole, which adds extra shock-absorption during landing. 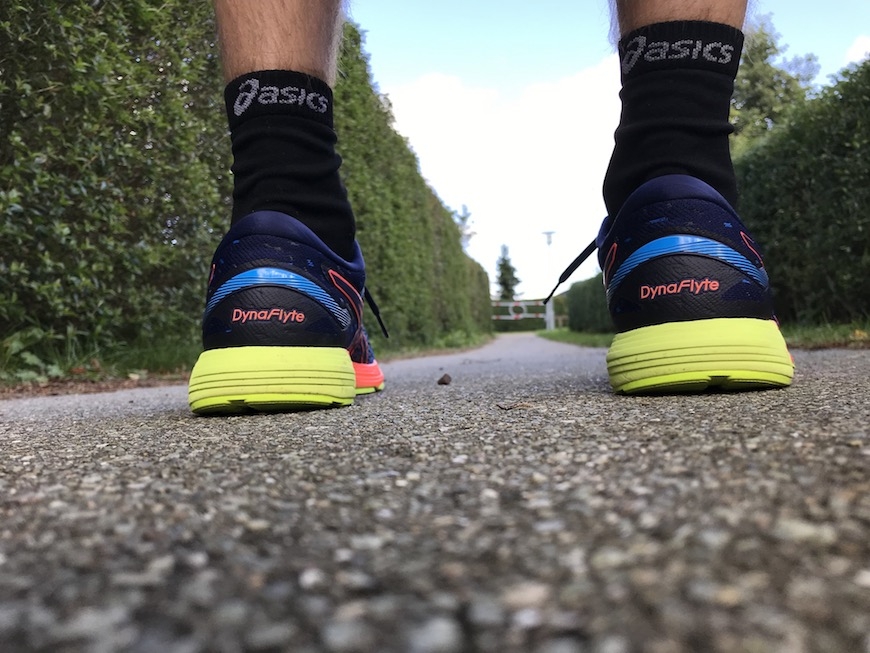 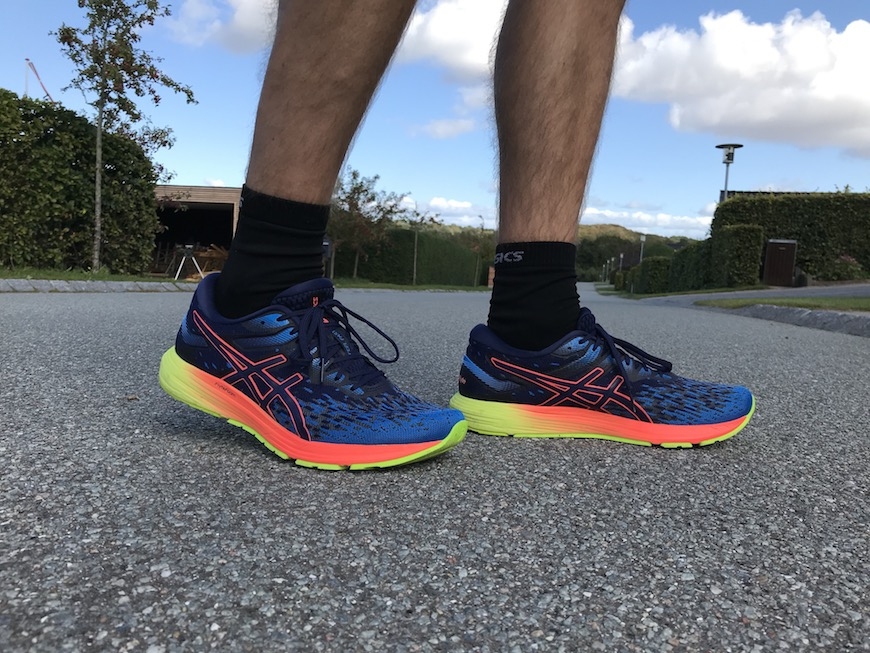 The perhaps greatest update since the Asics Dynaflyte 3 is to be found in the upper, as it has now become lighter, thinner, and more breathable. The upper now consists of a single piece, meaning that you avoid unnecessary seams. And, it is constructed in a way that is more supportive in certain areas (especially around the insole and midfoot) while also being more flexible in other areas (especially at the toes). 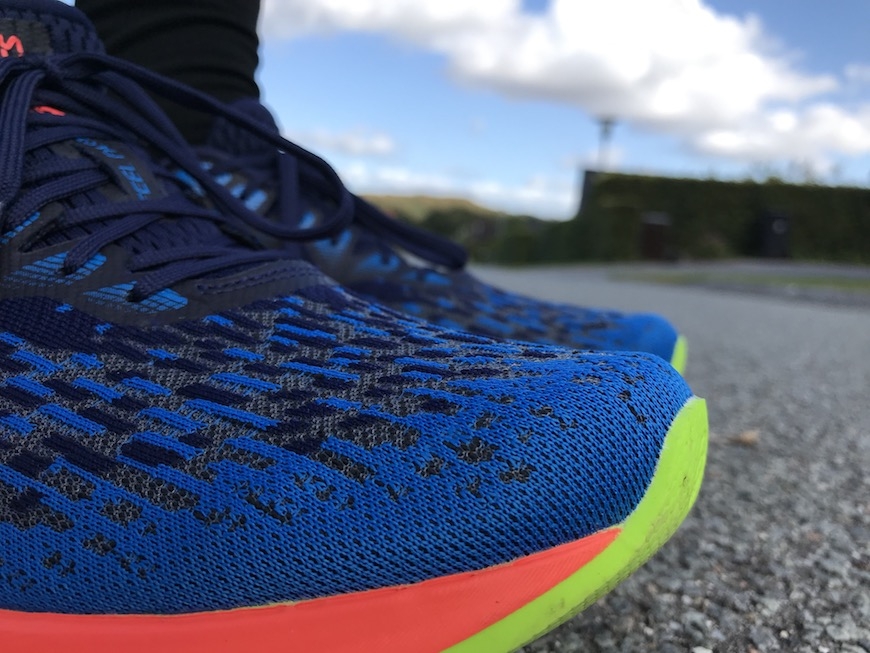 The eyelets can move independently of each other, so it is easy to find the perfect fit above your insole. I often need to tighten my running shoes more at the bottom close to the toes and less above the insole, and that is something that works really well here. In fact, I do not have anything negative to say about the fit of the Asics Dynaflyte 4 – it just fits my feet excellently! 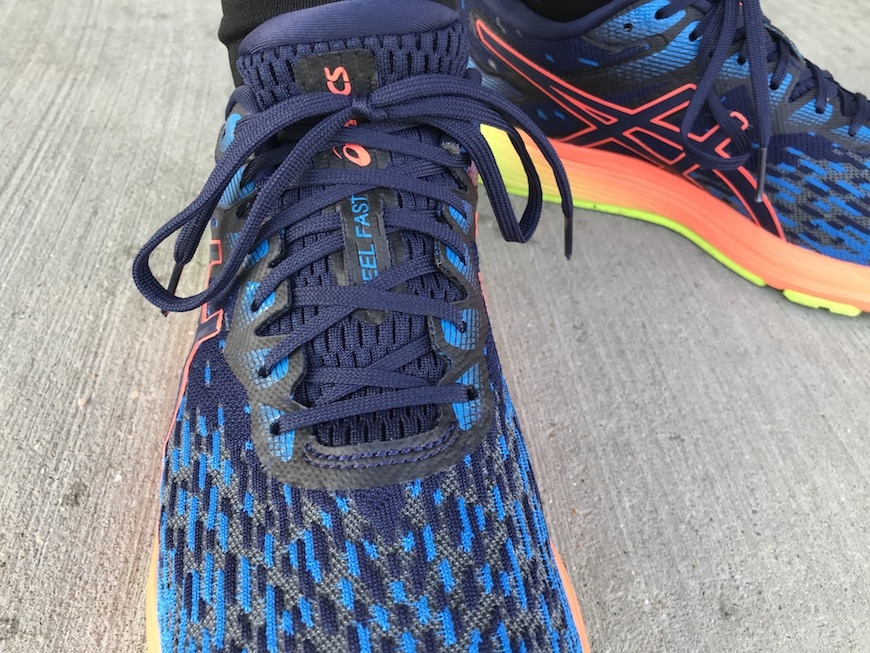 You will find Asics’ well-known Impact Guidance System under the foot (the groove along the length of the shoe, from heel to toe, as shown in the picture below). This feature can help you execute your steps more naturally and effectively. I am not sure how big a difference in makes. Perhaps this feeling can to some degree be attributed the shape of the sole. 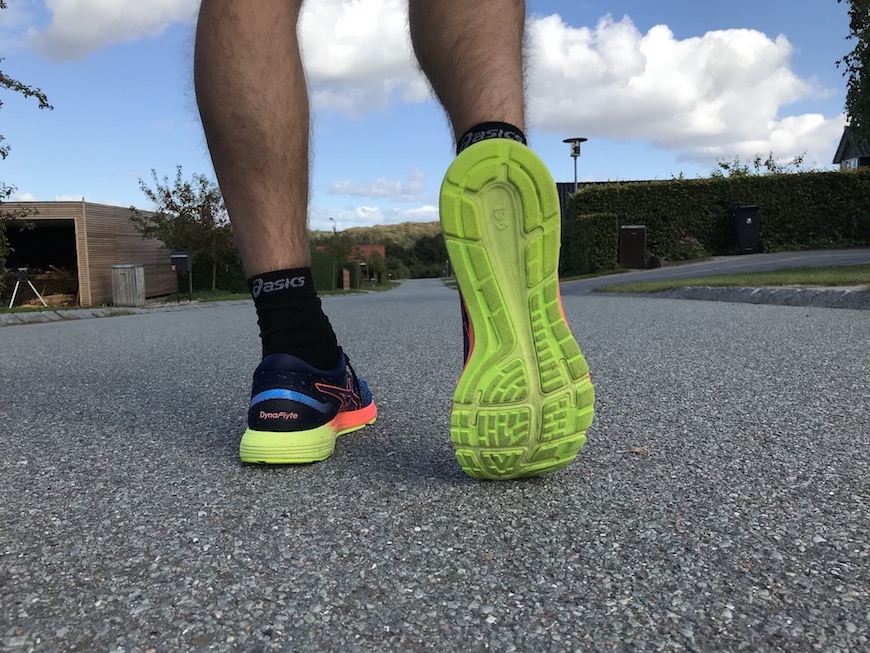 The outsole is provided with a relatively thick layer for wear – at least compared to other running shoes in the lightweight class! I have not run enough kilometers with the shoe to interpret the real amount of wear. But by now I have seen and tried out a lot of running shoes, and there can be no doubt that the Asics Dynaflyte 4 must be one of the strongest and most durable shoes in the lighter end of the running shoe scale. So, if you are looking for a quick running shoe that can accompany you for kilometers after kilometers, then the Asics Dynaflyte 4 will likely be a great choice. 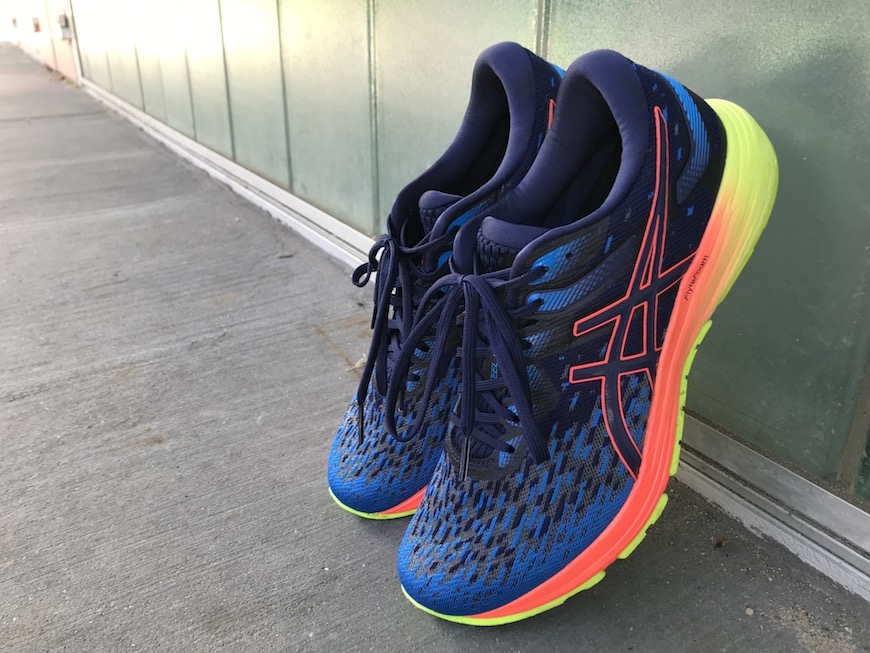 In my opinion, the Asics Dynaflyte 4 is the perfect running shoe for my fast training runs and longer competition runs, such as the 10 kilometers, half marathons, and marathons.

It is the obvious “shoe number 2” for quick runs. If you primarily run up to 5–8 kilometers, the Asics Dynaflyte 4 can work as your primary running shoe – that is how comfortable it is!