Trail running has become extremely popular in recent years and even though I’ve run in cross country races before, I’ve never actually tried running in a specific trail shoe. So I channeled my inner rawness and pulled on a pair of FujiTrabuco Lyte neutral trail running shoes from Asics. Here’s my review. 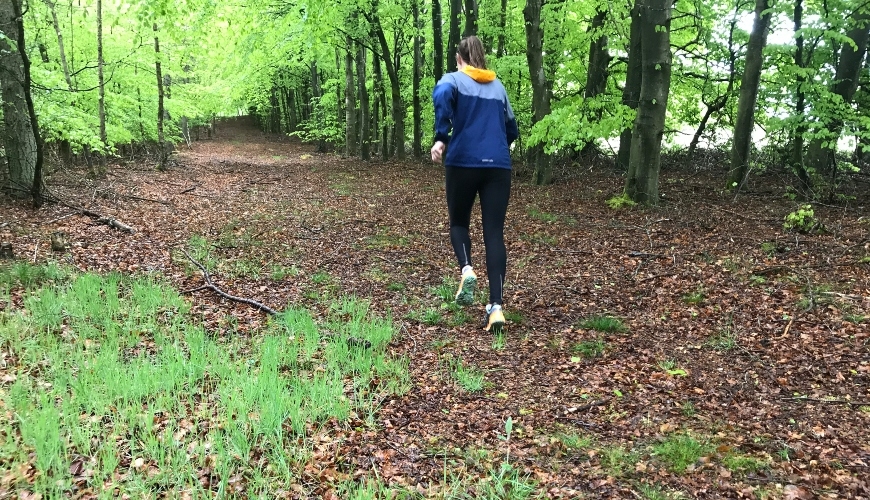 I’ve always associated trail running shoes with heavy and clumsy walking boots with elastic instead of laces. And even though that may have been the case previously, there’s been a serious shift in the design of trail shoes.

The Asics FujiTrabuco Lyte is clear proof of this. This shoe, with a mixture of orange, gray, and turquoise, has a raw look that just screams speed.

The small geometric figures scattered all around the shoe are not just cosmetic, but also act as reinforcement. They give the exterior extra durability while protecting against branches, thorns, and anything else mother nature throws at them when running off-road.

On top of that, the tongue is fitted with a small pocket to fit the laces into so they aren’t caught in twigs or branches, resulting in an uninterrupted run. 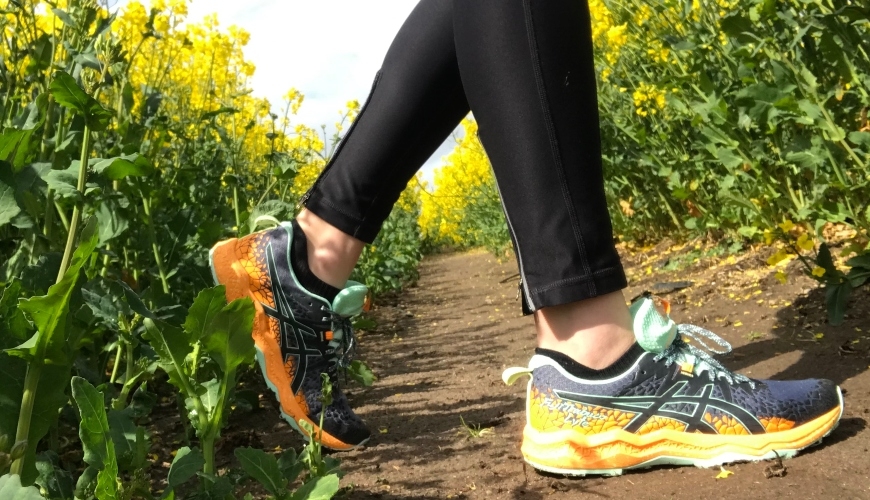 The Asics FujiTrabuco Lyte is not waterproof, which I experienced first hand while crossing a field with tall grass, but luckily, Asics have thought ahead and built in loads of small holes in the inner sole to let sweat and external water drain out instead of collecting in the shoe. This way, the shoe is squelch-free, and you can even take the inner sole out to dry after your run if you’ve been out in swampy terrain.

Compared to many classic running shoes, the Asics FujiTrabuco Lyte offers a snug fit and good ground connection. This means your footfall feels more controlled and the risk of ankle injury is reduced. The front of the shoe is slightly curved which gives both increased grip when running as well as the feeling that the toe box is more spacious. 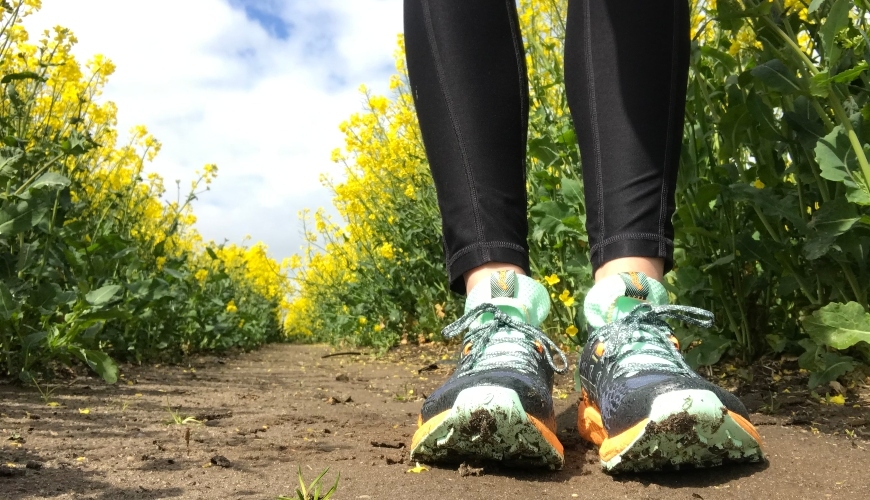 I’ve heard the Asics FujiTrabuco Lyte being called the trail version of the Asics GEL-DS race shoe, but I feel that’s a difficult comparison to make since both shoes are suitable for totally different surfaces. However, they are both equipped with Asics’ own FLYTEFOAM technology, designed for surface responsiveness and great shock absorption. Of course, the main difference between the two is that the FujiTrabuco Lyte is a trail running shoe, so the opposite to the GEL-DS Trainer, a neutral running shoe. Still, you can easily run in the Asics FujiTrabuco Lyte, even if you tend to overpronate. In many ways, trail running challenges both your strength and running style, so you can’t expect to maintain your usual running style when trail running. For this reason, pronation support is not as important and doesn’t offer the same support for trail running as it does for road running. 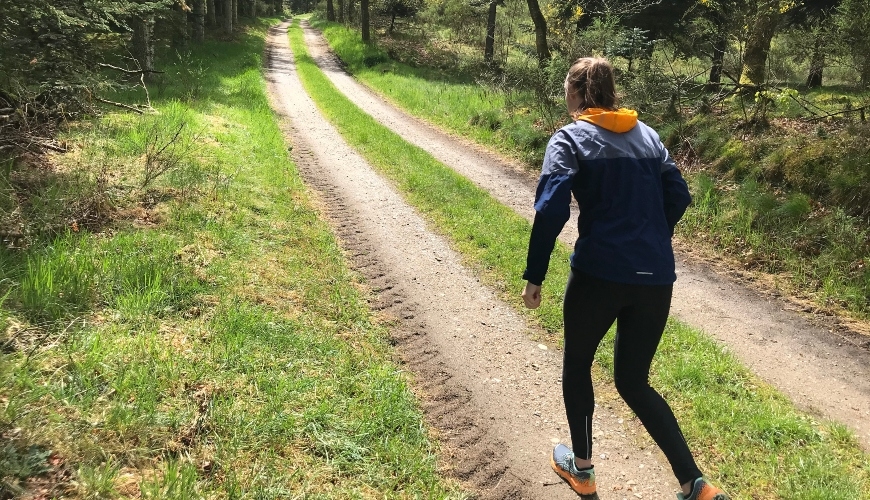 The Asics FujiTrabuco Lyte is fitted with a rubber sole and rubber studs that provide high grip especially on muddy or loose surfaces. This makes the FujiTrabuco Lyte fantastic for more technically challenging terrain that requires safer traction and a more stable footfall to reduce sliding.

Generally, the longer the studs, the better the grip on soft and loose terrain. 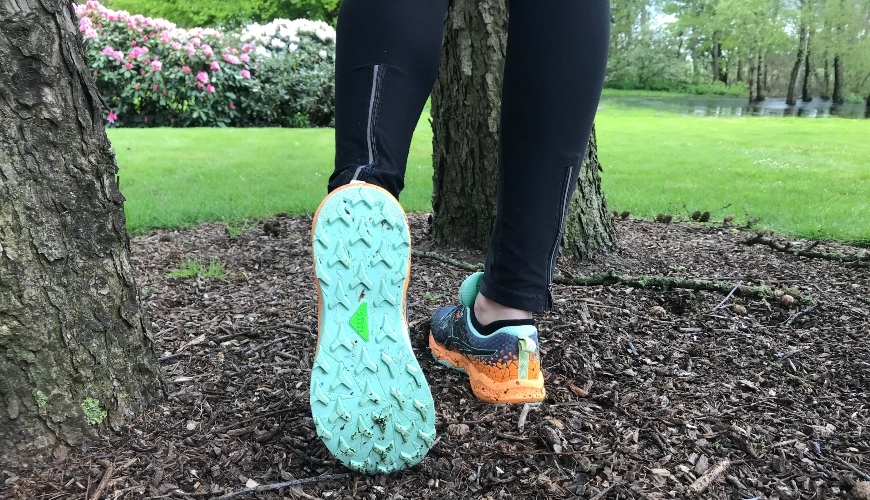 The Asics FujiTrabuco Lyte is, and feels like, a lightweight running shoe. Thanks to the FLYTEFOAM technology, the midsole gives great shock absorption making them perfect for both short and middle distance runs at a moderate pace, as well as races - depending on your running experience. I’ve used them for interval training, quick forest runs, and through fields, since they provide both speed and safety on uneven surfaces. The Asics FujiTrabuco Lyte is the trail shoe for those who usually run short or medium distances on rural terrain at a moderate to high tempo.

If you’re after a trail shoe for longer runs at a more casual pace, something like the Asics GEL-FujiTrabuco 8 would be a better choice. With these you get more shock absorption and comfort, but on the other hand a much heavier shoe. 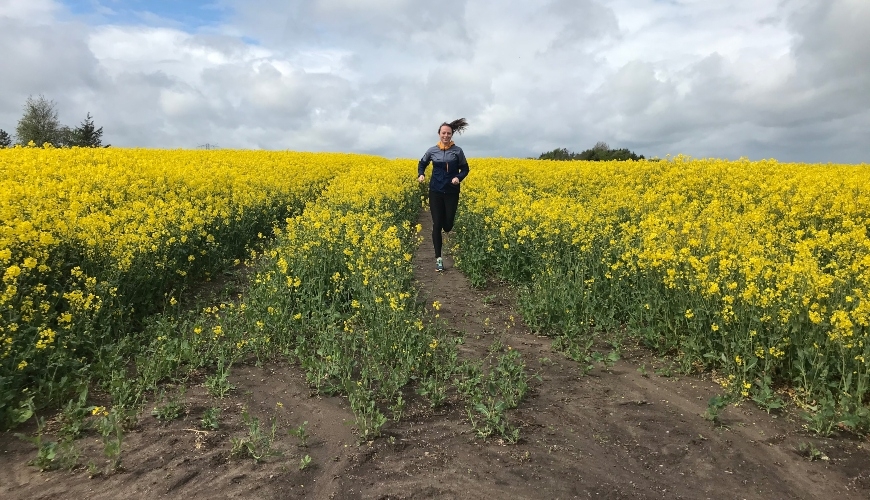 I recommend you use the Asics FujiTrabuco Lyte as a supplement to your endurance training shoes or as trail shoes for daily training. As I usually advise, don’t throw out your current running shoes. Gradually introduce your new shoes into your training routine together with your current shoes, which should avoid any discomfort or overload on the new pair.